NISSAN NEWS: Nissan says it will have self-driving car on the road by 2020!

NISSAN NEWS: Following in Google's footsteps - Nissan says it will have self-driving car on the road by 2020! 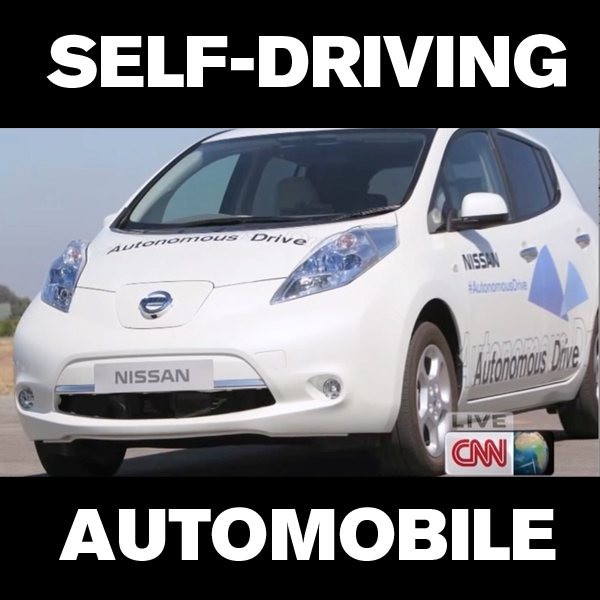 Nissan has just joined Google in the race to make driverless cars a reality. The Japanese automaker is aiming to have such driverless autos on the road by 2020.

"Nissan Motor Company's willingness to question conventional thinking and to drive progress is what sets us apart," said CEO Carlos Ghosn, in a press release. "In 2007 I pledged that --- by 2010 --- Nissan would mass market a zero-emission vehicle. Today, the Nissan Leaf is the best-selling electric vehicle in history. Now I am committing to be ready to introduce a new ground-breaking technology, Autonomous Drive, by 2020, and we are on track to realize it."

Nissan intends to start testing such vehicles by 2014. It's unclear how long Nissan has been testing the technology, though the release refers to "years." Google began road-testing its self-driven autos in 2010. The search giant has no stated intention to use the cars for commercial purposes. However, the company could benefit from selling its technology to automakers.

The automaker does not appear to be working with Google on its Autonomous Vehicles as it dubs them. However, it has developing the technology "alongside teams from the world's top universities, including MIT, Stanford, Oxford, Carnegie Mellon and the University of Tokyo," according to the release.

NISSAN NEWS: Nissan says it will have self-driving car on the road by 2020! - Mossy Nissan El Cajon