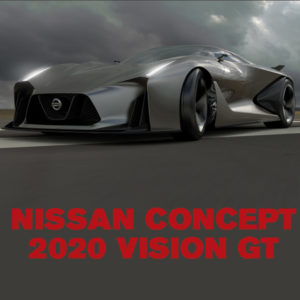 Nissan just debuted a new, futuristic-looking sports car concept for Gran Turismo 6 called the Concept 2020 Vision Gran Turismo, which joins the extensive list of Nissan vehicles that have been featured in all six editions of Gran Turismo. In fact, Nissan has had more vehicles featured in the game than any other brand since the original Gran Turismo debuted in 1998. Out of these 148 cars, here are our five standout picks.

The mid-engine Nissan R390 racer was built for the 24 Hours of Le Mans in 1997 and 1998, and was a fast runner in its class thanks to the twin-turbocharged, 3.5-liter V-8 engine and extremely aerodynamic body. Although two of Nissan’s three R390 cars suffered mechanical failure in the 1997 race, four R390 GT1 racers completed the 1998 Le Mans race all in the top 10. The R390 was retired after 1998 because of changing regulations, but you can still run the Nissan R390 down the digitalized version of the famous Mulsanne Straight thanks to Gran Turismo. You can even virtually drive the extremely rare road-legal version of the Nissan R390, of which only two were ever built. 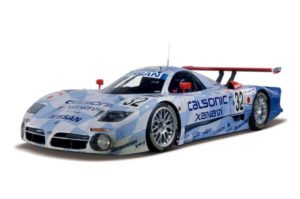 One of the coolest things about Gran Turismo is that you can drive one-off concept cars that, in many cases, weren't even drivable in real life. This GT-R prototype, which debuted a full six years before the current-generation Nissan GT-R was revealed at the 2007 Tokyo auto show, was meant to show what the legendary GT-R would look like in the 21st century. Although the roofline may have more closely previewed the look of the Infiniti G35 Coupe, many of these design cues like the swept-back headlights and quad rear taillights, made it to the GT-R we know and love today. 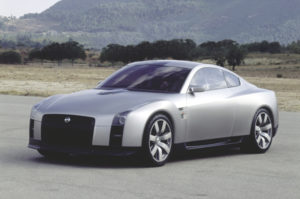 The 1989 Nissan 300ZX was featured as one of our 5 Japanese Cars that Shocked the Auto Industry in 1989, and this sports car was truly a revolution with its high-tech, high-performance construction that brought new life to the Z nameplate after a few decades of softer and heavier Z cars. The twin-turbo V-6 engine put out 300 hp, a big number for the time, and we named it our 1990 Design of the year, comparing it with the benchmark Porsche 944. 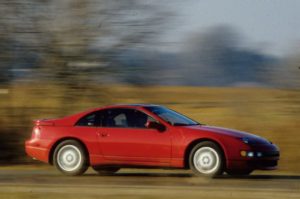 This tiny 51-hp hatchback may not fit in with the other performance cars on this list, but the Nissan Pao was a funky, retro-inspired limited edition car for the Japanese market only. Underneath, it was similar to the Nissan March economy car, but the exterior design stood out with its boxy lines, available canvas roof, external door hinges, and chrome luggage rack that were meant to evoke classic cars like the Citroen 2CV and the original BMC Mini Cooper. 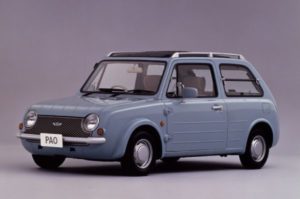 Although it was called the Datsun 240Z in the U.S., this Nissan 240ZG is the same original Z that first started Nissan on its impressive run of affordable sports cars. This Japan-only 240ZG model featured in Gran Turismo was built as a homologation special for the Group 4 racing version of the Z in 1971. It featured a 2.4-liter straight-six with 150 hp that mated with a five-speed manual transmission. For more on the Datsun 240Z, check out our drive through the hills of Tennessee in a 1971 240Z and a 2013 Scion FR-S. 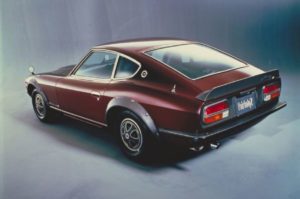