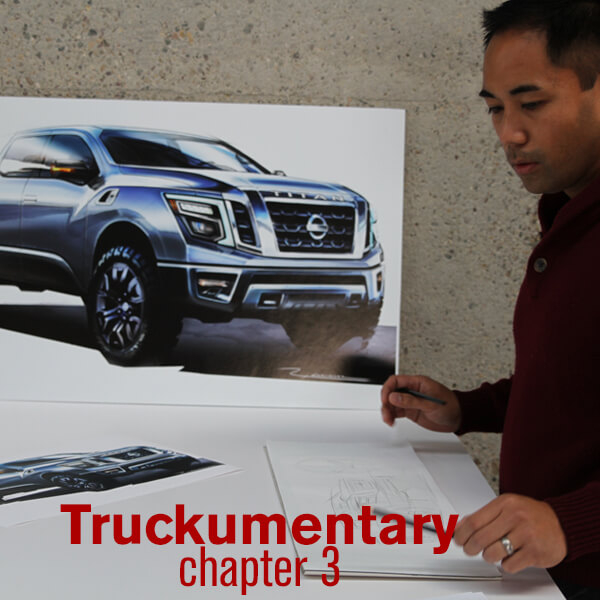 NASHVILLE, Tenn. – Diane Allen, Senior Design Manager at Nissan Design America (NDA), is featured in "Sketch Pad," the third chapter of Nissan's "TITAN Truckumentary." Allen and her team are responsible for the design of the recently revealed 2016 Nissan TITAN XD.

Filming took place at NDA, located in San Diego, Calif., giving viewers a rare, behind-the-scenes glimpse of the team in action. Allen, who also managed the team that created the original Titan, explains some of the inspiration behind the next-generation TITAN's appearance while also revealing the philosophy that guided the overall design process.
The video and accompanying photos can be accessed via Nissan's online newsroom at NissanNews.com/TITAN. The video can also be viewed on Nissan's YouTube channel.