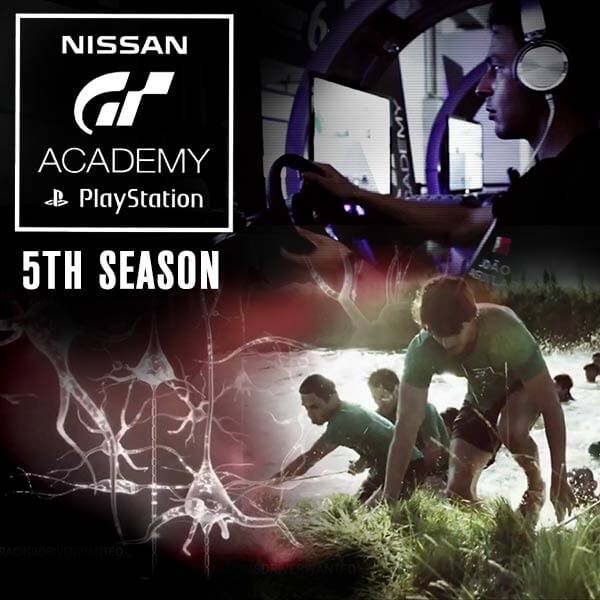 Beginning at midnight tonight, the next gamer-to-professional-racer prospect will enter an online competition in Gran Turismo®6 (GT6tm), the racing simulator on the PlayStation®3 (PS3tm) system, racing virtually to become one of the 20 fastest gamers in the U.S. who will get a chance to attend the National Finals this summer. In a change from previous years, the U.S. will participate as part of the International competition in 2015 and as such, only the top six emerge from the National Finals to advance to the International Race Camp. There they will try to prove they are one of the best in the world, deserving of a shot at the dream job of a professional racing placement for Nissan.All four Nissan GT Academy winners will see plenty of racing action this season. Bryan Heitkotter, the 2011 Champ, is racing the full 2015 season in the Always Evolving-GT Academy Nissan GT-R GT3 in the Pirelli World Challenge. Steven Doherty (2012), Nick McMillen (2013) and Nic Hamman (2014) will divide time co-driving the #41 Doran Racing-GT Academy 370Z NISMO in IMSA's Continental Tire Sportscar Challenge Series throughout this season.

"All of us at Nissan North America have been extremely impressed with the caliber of racing driver the GT Academy competition has produced," said Rick Kulach, NNA Motorsports Manager. "Every one of them has been on a podium driving for Nissan, and they continue to learn the craft of racing while being great teammates and brand ambassadors for Nissan."

"This is another exciting milestone year for GT Academy and a source of great pride for us," explained Kazunori Yamauchi, President of Polyphony Digital and creator of the Gran Turismo series. "We have two GT Academy graduates racing in the top class at Le Mans and an ambitious program that will introduce new fans to Gran Turismo, as they test themselves to see if they have what it takes to follow in the footsteps of Jann Mardenborough, Lucas Ordoñez and the other NISMO Athletes. It is truly an incredible competition and I would highly recommend that people have a go, whatever their level on the game."

The checkered flag drops to end the online competition Tuesday, June 16 at 2:59 a.m. Eastern (11:59 p.m. Monday Pacific). When the competition ends, eligible* competitors with the 20 fastest in-game race times in the GT6 qualifying challenge will earn invitations to the U.S. Finals in mid-July. From there, the best six advance to the International GT Academy Race Camp at Silverstone in the U.K. in August. You can witness the Nissan GT Academy experience firsthand by watching this electrifying Video: