Nissan GT-R in GT3 action at Silverstone this weekend 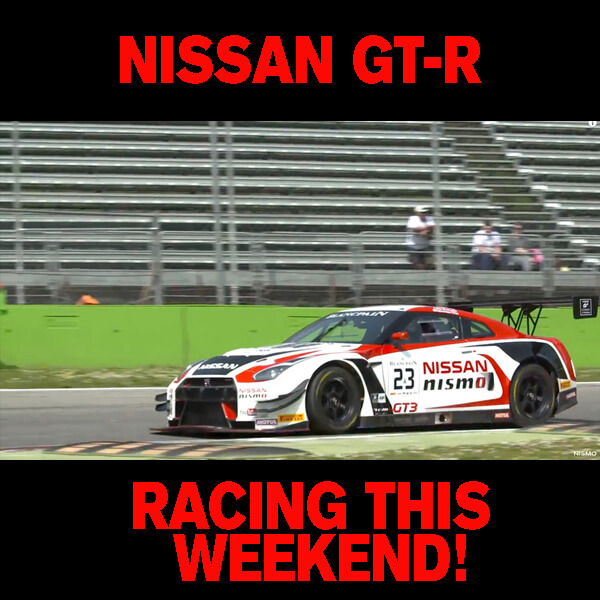 Newest GT Academy winners joined by the GT3 experts in Blancpain Endurance Series
Full race to be live streamed on NISMO.TV
Last race for Mardenborough and Buncombe before making LM P1 debut at Le Mans
LONDON - Two Nissan GT Academy Team RJN Nissan GT-Rs will be in action at Silverstone this weekend in round two of the 2015 Blancpain Endurance Series. The UK round of the championship has seen strong performances from the Nissan GT-R in the past, so the team will be pushing harder than ever before to come away with the silverware this weekend.

The #23 PRO car will feature the same line-up as in the opening round at Monza in April. Alex Buncombe (GB) - fresh from a very strong drive at the Nürburgring - will be joined by Wolfgang Reip (BEL) and Katsumasa Chiyo (JAP). Despite starting from 12th last time out at Monza and battling a few problems, Nissan's pro line-up fought back and finished in fifth place. This time their sights are set firmly on the podium.

"The Silverstone Blancpain round has been one of our strongest events of the last few years," said Buncombe. "It's great to be in the PRO class, because if everything goes to plan I think we will be in a position to challenge for the win. The GT-R suits the Silverstone track, so I'm optimistic about the weekend ahead."

A revised line-up in the #22 PRO-AM car sees the 2014 GT Academy Europe winner, Gaetan Paletou (FRA), make his Blancpain debut. The fast Frenchman missed the Monza round as he was competing in LM P3 in the European Le Mans Series that weekend. Joining Gaetan is Jann Mardenborough, who takes the professional guest seat at Silverstone, and 2014 GT Academy International winner Ricardo Sanchez (MEX), who will be hoping for a bit more time in the car this time around.

"Monza taught me one of the hardest lessons of being a professional GT driver, and that is that sometimes you don't get to drive," said Sanchez. "Our car retired in the first stint, so I didn't get to race, but this just makes me more determined. I can't wait to get to Silverstone. We know the track. Our line-up is strong, and with the Nissan GT-R I think we can take a class podium there."

With a grid of over 60 cars, it looks like Silverstone is set to deliver another classic GT race. Qualifying gets underway on Sunday at 9 a.m. BST, and the three-hour race gets the green light later that day at 14:45 BST.

You can catch all of the action live on NISMO.TV, which includes a live onboard stream from the #23 Nissan GT-R NISMO GT3.

This is the final race for Jann Mardenborough and Alex Buncombe before their attention turns to Le Mans and the much-anticipated debut of the Nissan GT-R LM NISMO.