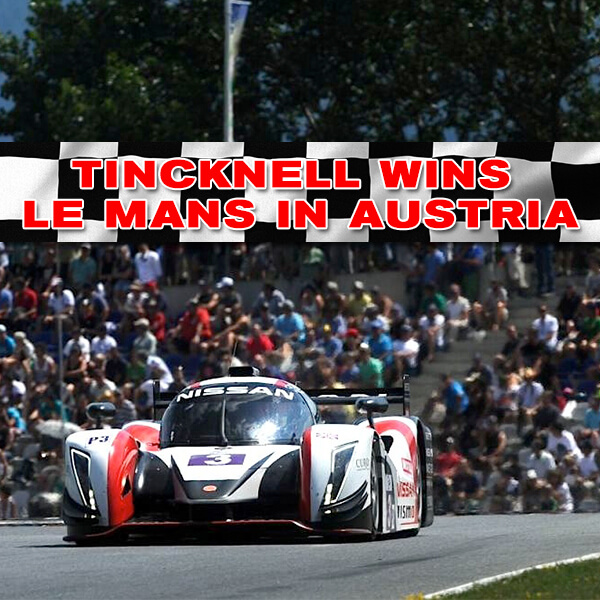 SPIELBERG, Austria - Nissan LM P1 driver Harry Tincknell has taken his first victory of the year in LM P2 competition in the latest round of the European Le Mans Series.

JOTA Sport dominated the LM P2 class and despite being given a run for their money by another Nissan-powered team, TDS Racing, Harry Tincknell took the checkered flag as overall race winner. This is the first European Le Mans Series victory of 2015 for the 2014 LM P2 Le Mans winners and the result takes them straight to the top of the leaderboard.

Tincknell, who also took outright pole position in the JOTA Sport Gibson-Nissan said after the race: "I'm really, really happy with our performance in Austria. Achieving pole-position at the Red Bull Ring for a second consecutive year was great. Filipe (Albuquerque) drove a perfect opening stint at the start but kept having his lead eroded by the Safety Cars. In my opinion, Simon (Dolan) drove his best ever race, which meant that I was right in the hunt when I took over to the checkered flag. Safety Cars disrupted my own stints, but I just got my head down each time and pulled away and thankfully it was enough - a stunning effort by all of the team as always. Pole, win, fastest lap and championship lead - job done!"

Nissan powered the top four finishers in the LM P2 class: JOTA Sport, Thiriet by TDS Racing, SMP Racing and Greaves Motorsport. All of the European Le Mans Series teams will be back in action at Paul Ricard, France on September 5 to 6.

In LM P3 competition, Sir Chris Hoy and his Ginetta-Nissan teammate Charlie Robertson stormed into the lead of the European Le Mans Series LM P3 category by winning the "4 Hours of the Red Bull Ring" in Austria.

"The whole team were faultless today," said Hoy. "The car never missed a beat. The stops were perfect. We can feel the progress that is being made with the LM P3, and it really sets up the Championship fight for Paul Ricard."