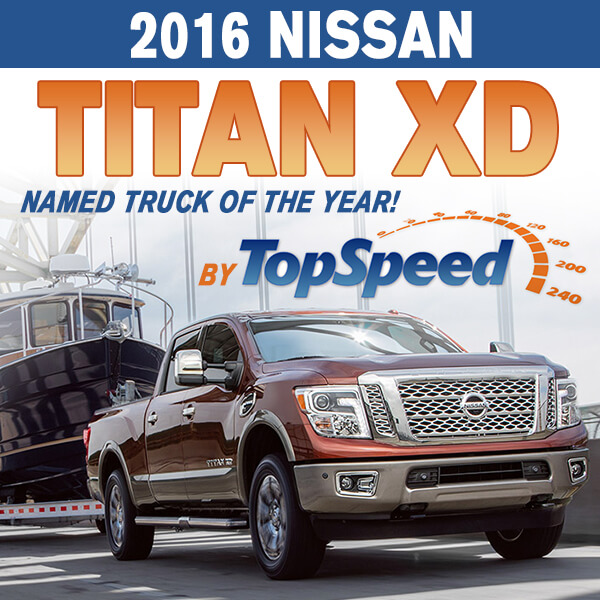 It’s hard to find another case of automotive neglect turned triumphant return than the 2016 Nissan Titan XD. Debuting for the 2004 model year, the Titan soldiered on nearly unchanged for 11 years, receiving only a small cosmetic upgrade and interior refreshing in 2008.

Now for the 2016 model year, Nissan adds the Titan XD to the Titan lineup, splitting the difference between a 2500-series, three-quarter ton truck and a more modest 1500-series half-ton. While Nissan will eventually add a more conventional, half-ton Titan to the roster, the heavier-duty Titan XD brings a whole new level of refinement to any truck Nissan has ever built.

What’s more, the Titan XD offers more cab and bed configurations than Titans before, along with five trim levels that include the new, range-topping Platinum Reserve, and a choice of engines. Of course, much of the Titan XD’s publicity comes from its optional 5.0-liter Cummins V-8 turbodiesel. Making 310 horsepower and 555 pound-feet of torque, the engine helps the truck pull more than 12,000 pounds worth of trailer or haul more than 2,000 pounds in its bed.

Innovative features like its standard gooseneck hitch, cargo tie-down system, and exclusive trailer light-check function all helped push the Titan XD to the top of our list. Capping everything off is a starting price right at $40,000, undercutting the competition’s base price. Even decked out in the Platinum Reserve trim, the Titan XD costs less money than an equivalent range-topping trim from Chevy, Ford, or Ram.

Trailing the Titan XD by a mere six points, the 2016 Volvo XC90 put up a good fight for our Truck of the Year. It’s completely new for 2016 and brings an unmatched level of refinement and beauty in its segment of crossover SUV. Add to that its optional hybrid powertrain, and the XC90 is a formidable contender.

COME IN TO ONE OF SEVEN SAN DIEGO MOSSY NISSAN’S AND SEE THE AMAZING NEW TITAN FOR YOURSELF! OR SHOP ONLINE NOW AT MOSSNISSAN.COM