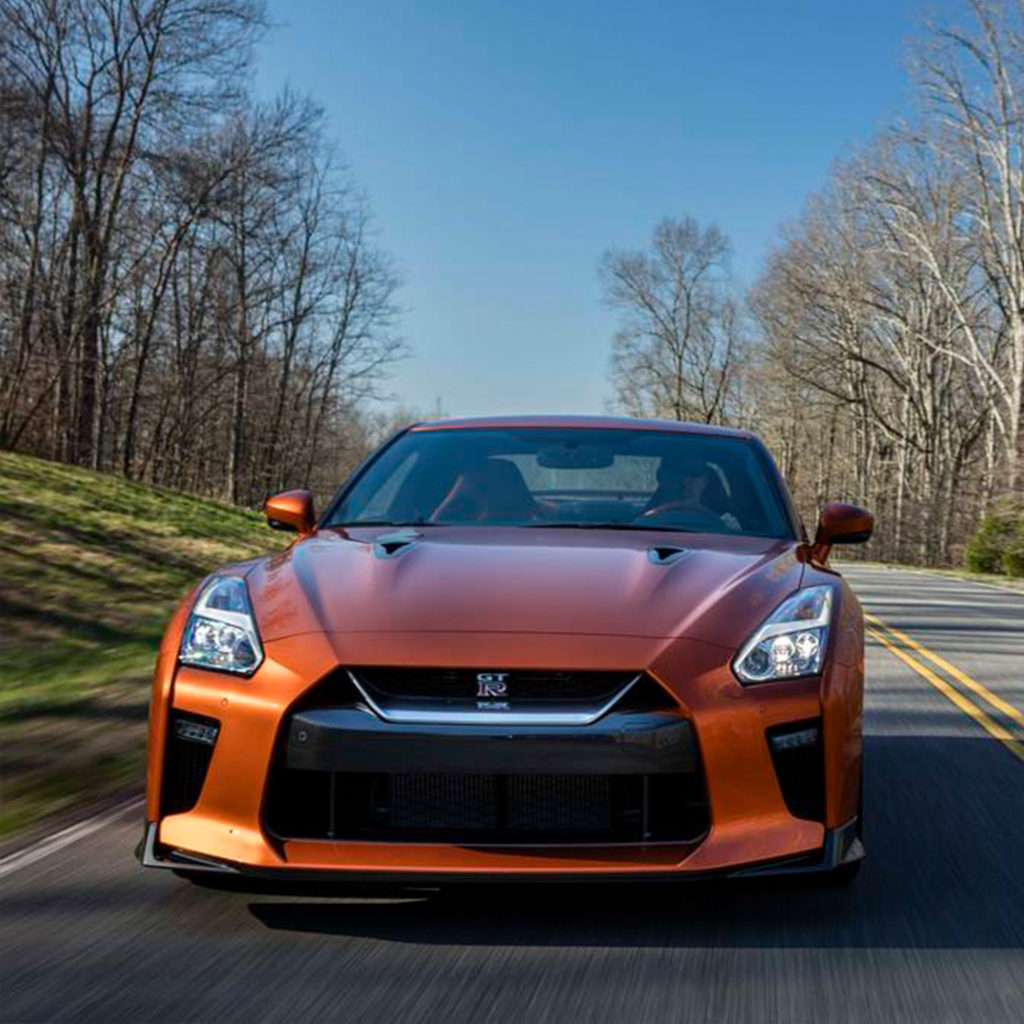 THE GT-R IS VICIOUS, AND IT'S LIKE NOTHING ELSE ON THE ROAD..
There’s a ton of good about this car -- sickening acceleration, vicious looks and cool tech to name a few, but let's dive deeper.

It’s a bear in traffic. When driving the GT-R as it should be driven, no problem. Stomp the gas, it takes off like a rocket and you just have to get ready for second gear, which comes in about two seconds. But in traffic, holy smokes, in traffic it’s a rocket just itching to take off. I sat on the freeway in bumper-to-bumper traffic for an hour yesterday and boy does this thing just want to run free. It’s the dual-clutch’s fault as usual, but this is one car that I wouldn’t give up the DCT because when it’s stretching its legs, it’s awesome.

So acceleration, like I said, always say, is brutal. The last time I had this car with a friend in the passenger seat he said it made him nauseated. It takes off so fast, and with so little slip, it doesn’t feel like the tires are doing the work, just an invisible force pulling the front end. People try to keep up in traffic, not a chance. It does feel like a Nissan, though. It has just a little bit of 370Z sound from the exhaust, and maybe a little bit of the feel during acceleration too. Shifts from the sixer are strong and immediate at full speed, and of course a little clunky when going slower.

On the expressway, this car begs to hit triple digits and it’s easy to do. In sixth gear, it sits at about 80 mph at 3,200 rpm or so, meaning there is plenty of power without shifting gears. It’s a little intimidating, thinking that all you have to do is stomp the throttle and you’ll be near 200 mph in no time.

And then there’s launch control. Nissan has pretty much perfected it. It used to feel like the GT-R was hit by a train. Now it feels more civilized, if you can call it that, when all four tires spin and you have to hold on for dear life. I did it three times in row with no issues. The brakes are great at high speeds, a little grabby in bumper-to-bumper, but with this car, you take the good with the bad.

It feels pretty heavy through the steering wheel, but planted. It has a straight-up, old-school hydraulic rack-and-pinion setup -- that and the tires do a great job of transmitting the road to your hands. That means you can take turns faster and more aggressive because you’ll feel it slipping before it breaks free. That also leads to it following the dips in the road and sometimes jerking to the side of the lane when the pavement gets wavy. But with both hands firmly on the wheel, it feels fantastic.

The GT-R went from the deal of the century in 2009 to just an average deal in 2014, but now I think it might be back to being the deal of the century. Prices of its competitors went up. There’s the Viper, which is now just a tick under 100K, the 911 Carrera 4S, which is almost exactly the same as the Nissan and then there are the AMG GTS and Jag F-Type Rs of the world. I suppose at 100K there are a lot of great cars, which isn’t surprising -- the Corvette Z06 is up there too. But the Nissan GT-R is so frickin’ vicious, and it’s like nothing else on the road. If you’re playing in this rarefied air, it has to be driven.

GET THE DEAL OF THE CENTURY NOW AT ONE OF SEVEN MOSSY NISSANS OR MossyNissan.com NOW!