Nissan was a proud sponsor of the 2017 SuperGirl Surf Pro event, the largest women’s surf event & festival in the world! This 3-day event was packed with pro-surfing competitions, pro-skateboarding and BMX exhibitions, and even a celebrity surf competition! Plus, other activities like live bands, food trucks, female inspired speakers and more at the festival village! The event was free to attend and families and people of all ages packed the Oceanside Pier Event. 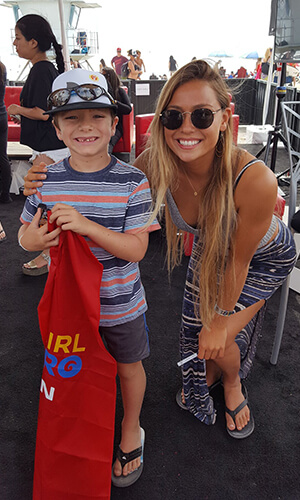 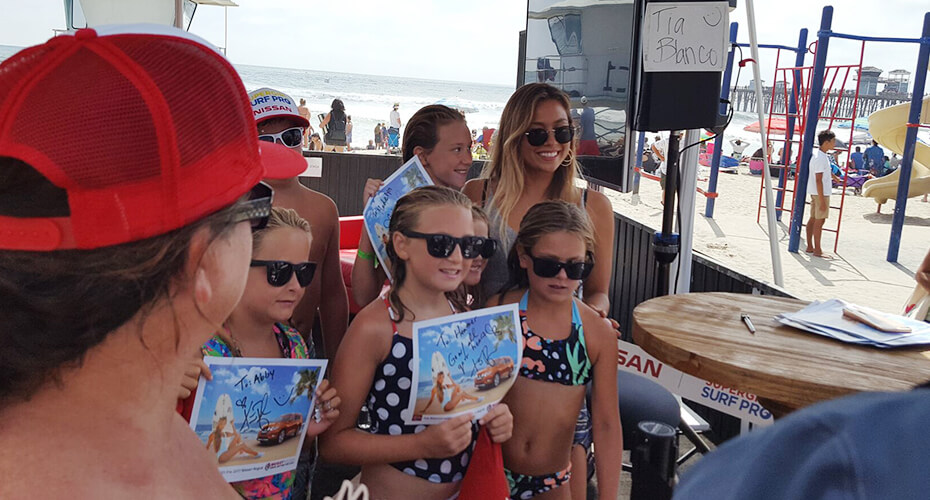 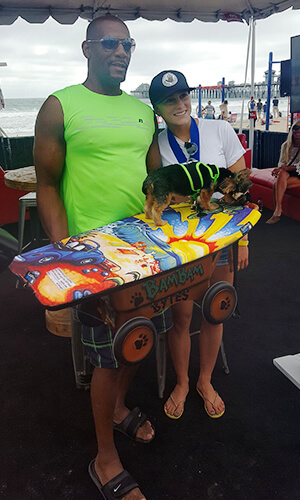 Mossy Nissan thrilled fans that did not get to go to the competition by streaming it LIVE on their website. They also gave fans a sneak peek at the amazing new 2017 Nissan Rogue Sport and the 2017 Nissan Frontier - complete with an accessory tent set up in the bed! WATCH THE FACEBOOK LIVE WALK-AROUND HERE:
The show stopper was the appearance of the amazing, new 2017 Nissan Titan crime-fighting truck donated by Mossy Nissan! Fans got a look LIVE on Facebook through Mossy Nissan’s social feed. MISSED IT? CHECK IT OUT HERE NOW:

After 3 hard fought days of surf and sun, the SuperGirl Surf Pro Title went to Courtney Conlogue; with 2nd place to Sage Erickson, 3rd place to Tatiana West.
But there was more winning to come! Nissan awarded a new 2017 Nissan Rogue Sport, plus a $5,000 check to be donated to the charity of their choice, to the top competitor with the most overall competition points and combined social media activity. There was a tie between Tatiana and Sage, so the winner was determined by a good ‘ol fashioned coin toss.  Tati won the toss! However, it just didn’t feel right to Nissan and Mossy Nissan to only give one Rogue Sport away, when there clearly was a tie.  Sean Hogan, Vice President of Mossy Nissan, then walked on stage and announced that Mossy Nissan Oceanside would give Sage Erickson a 24-month lease on a new 2017 Nissan Rogue Sport! The crowd went wild at Mossy Nissan stepping up and saving the day for the SuperGirls! 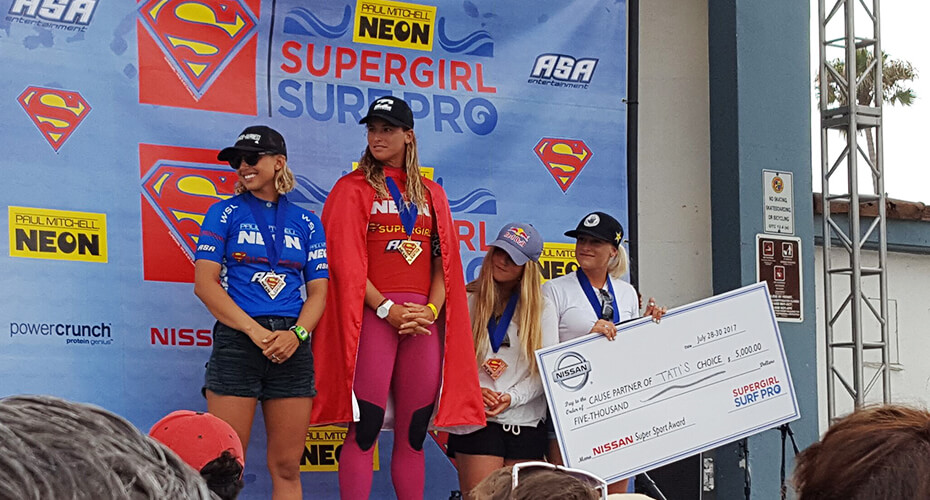 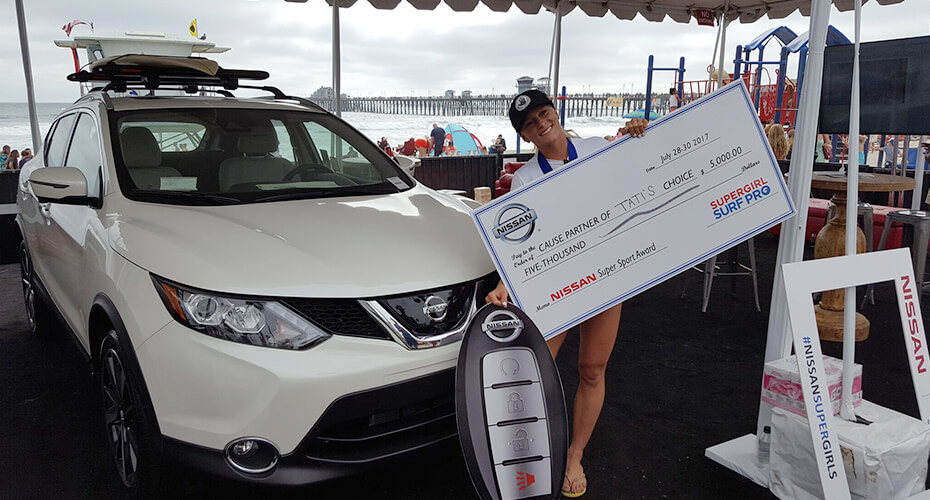 Want to check out the new Nissans yourself? Stop by one of seven Mossy Nissan locations or view our inventory online now.