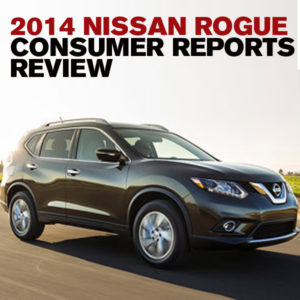 Nissan’s redesigned 2014 Rogue is a major upgrade over the outgoing model, which will remain on sale for now as the Rogue Select. Based on our initial experience, the new Rogue is the nicest redesign Nissan has done in years. That’s a good thing, as the Rogue is Nissan’s second-largest selling model, and redesigns have been a challenge for the automaker, as exemplified by the Nissan Sentra, Nissan Versa, and Infiniti Q50. 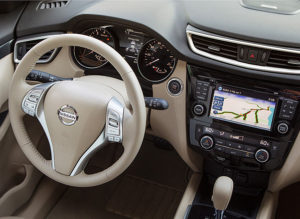 The new 2014 Nissan Rogue is larger, with a comfortable and spacious rear seat, and an available third-row for wee children—a rarity in a small SUV.

The hushed interior lends the Rogue a sense of refinement, marred only slightly by the engine whining under acceleration, when the continuously variable transmission (CVT) allows the engine revs to soar. As before, the 170-hp, 2.5-liter four-cylinder engine isn’t the smoothest, but it’s unobtrusive in normal driving. That said, this CVT is more palatable than most. It doesn’t flare out as much as others, and brings the revs back under control relatively quickly.

Compared to the outgoing model, the Rogue ride comfort is improved. Our engineers note that it feels steady and absorbent. Further, handling is responsive and instills confidence.

And that CVT pays dividends in fuel economy: In 400 miles of driving, we saw 26.5 mpg. That’s not an official test number, since the car isn’t on sale yet, and the SUV we drove was borrowed from Nissan for a fee. But this initial observation does suggest that the Rogue may get among the best fuel economy among small SUVs. Nissan claims an 18-percent improvement in fuel economy and 33 mpg on the highway from front-wheel-drive models. For comparison, the current Rogue got 22 mpg overall and 27 mpg highway in our tests.

The new Rogue will offer a suite of driver aids, including blind-spot monitoring, lane-departure warning, forward-collision warning, and the same 360-degree video view system with moving object detection found in some larger Nissan SUVs. An optional navigation system will be available with full voice control, live traffic and weather, and an app interface. Prices start at about $23,000 and run to almost $30,000 for a fully loaded model. The Tennessee-built 2014 Rogue goes on sale in November. The carry-over, imported Rogue Select goes on sale in January 2014, priced under $20,000. PRE-ORDER YOUR NEW 2014 NISSAN ROGUE TODAY AT MOSSY NISSAN SAN DIEGO: http://www.mossynissan.com/2014-nissan-rogue-in-san-diego.htm