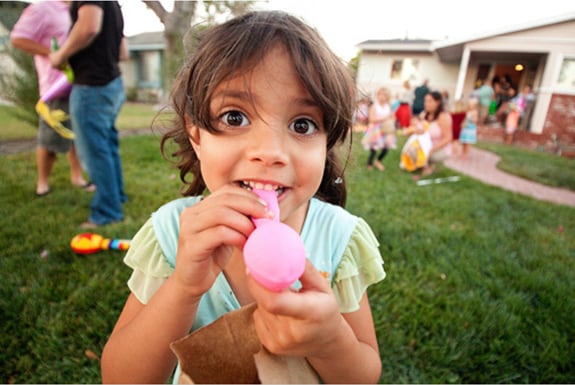 Mossy Nissan has been serving customers in San Diego since 1982.
We've collected some great stories of going above and beyond along the way. Here's one of our favorites: A San Diego mom was on her way back home with all the fixings of a wonderful birthday party for her daughter. On the drive home she developed a mechanical problem. Mossy service not only took the car in after hours, but they also packed up the party and dropped it all off (along with mom!) at her home. They even unloaded everything and helped set it up!

>Tell us your Mossy Story!

When Nissan's Tetsuya Iijima envisions the future of driving, he's not only thinking about how autonomous driving will impact the "behind-the-wheel" experience but how to help society prepare for it.
Read More
CATEGORIES »
Mossy Stories , News ,
TAGS »
Mossy , mossymovesyou , mossynissan , sandiego ,

Yes, it's called "skiing" - taking a four-wheel vehicle up on two wheels while in motion. Skiing has been a mainstay of car stunts since the time of Henry Ford, and even in our digital age there's still something oddly thrilling about keeping a ton of rolling metal balanced like a drunk figure skater.
Read More
CATEGORIES »
Mossy Stories , News ,
TAGS »
Car Skiing , Car Skiing World Record , Car skiing world records , nissan juke , World Record Breakers ,

Car Hack: Getting Rid Of Pesky Rats In Your Engine

Trouble with parking outdoors? Often when parking outside, the warmth of your engine can attract unwanted pests. rodents and even large raccoons are notorious for chewing on wiring and nesting in air filters. These small avoidable pest can rack up mechanic bills of over thousands!!! Here are some cost effective hacks to protect your vehicle and wallet.
Read More
CATEGORIES »
Body Shop , Mossy Stories , Tips and Tricks ,
TAGS »
car hacks , car tips , Get Rid Of Rats In Engine ,

“Nissan Titan Truckumentary” Goes Back to the Start

Check out the 2015 Nissan Juke review by Steven J. Ewing

"I didn't always like the Nissan Juke. When it launched in 2010, I just couldn't get over the way it looked - it came across as super weird, and kind of hideous at first blush. But I slowly warmed up to the funky little crossover/hatchback/thing, and after spending some time behind the wheel, I really learned to love Nissan's small wonder. It's a genuine hoot to drive, offering hot hatch-like thrills in a package that doesn't look like anything else on the road. The Nismo and RS models that followed only increased my ardor for the turbocharged Juke, and now, I find myself smiling whenever I see one of these little guys bombing down the road.
Read More
CATEGORIES »
Mossy Stories , People , Testimonials ,
TAGS »
2015 Nissan JUKE , Nissan crossover , Nissan NISMO JUKE , San Diego Nissan JUKE ,

When Nissan brought me its most affordable hatchback, the 2014 Versa Note, earlier this year I found myself impressed with its nimbleness, abundant interior space great features despite its bargain price. In general I recommended it as a great bargain runabout. For 2015, Nissan has the new sportier looking Versa Note SR, and the automaker sent it my way for a week of testing (read: flogging). The new car has revised visual cues inside and out, and the equipment list is a little different than my last Versa. Best yet, it's even a little cheaper than the last one I tested as well.
Read More
CATEGORIES »
Mossy Stories , People , Testimonials ,
TAGS »
2015 nissan review , Car Review , Mossy , nissan , nissan review , Versa Note ,

For a kid who grew up in the shadow of one of America's most beautiful racing circuits, this win was the culmination of one dream and the beginning of another. Nicholas Hamman of Elkhart Lake, Wisconsin outlasted 11 finalists at the legendary Silverstone circuit in England to be crowned the 2014 Nissan GT Academy North American champion.
Read More
CATEGORIES »
Events , Mossy Stories , News ,
TAGS »
Car race , GT Academy , Mossy , mossy nissan , nissan , Nissan GT , San diego , Wisconsins Nic Hamman ,
1 2 3 Next