Nissan partners with Blake Shelton to bring its American TITAN to country music fans across the U.S

In Southern California, a few hours north of where it was designed at Nissan Design America in San Diego, the truck drew a crowd wherever it stopped. From the 4 Wheel Parts Superstore in Compton to Super Car Sunday in Woodland Hills, fans were eager to get a look.
Read More
CATEGORIES »
Just for Fun , News , People ,
TAGS »
2016 Nissan Titan XD , New Nissan Titan , nissan titan , San Diego Nissan Titan ,

“Nissan Titan Truckumentary” Goes Back to the Start

The 2014 Nissan Titan has more than enough muscle to get the job done. See why you'll love it for the long haul in Kelley Blue Book's review: 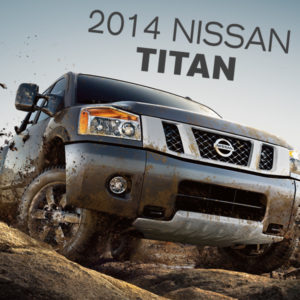 The Nissan Titan isn't the sales leader in the full-size truck segment, but where the Titan does excel is in simplicity. You can choose extended (King) cab or Crew Cab, short or long bed and two- or four-wheel drive, but there is one engine, one transmission and one axle ratio, making this the easiest half-ton to order on the market. And changes are coming that may make the Titan a genuine contender against the likes of the F-150, Ram 1500 and Silverado.

Some impressions from our full review: "The 2014 Nissan Titan's engine isn't the most powerful V8 in its class, but it's far from tepid, with good punch off the line and more than enough muscle to get the job done, whether that's passing slower traffic or hauling a heavy trailer (9,500 pounds is the max towing capacity) up a long grade."

A New Titan Is Coming

After more than 10 years on the market in essentially the same form as when it debuted, Nissan is finally introducing a new Titan, likely to be unveiled at the 2015 North American International Auto Show in Detroit. While we don't know how different the new truck will look, Nissan has officially announced that the new Titan will be available with a V8 turbodiesel under the hood.

The Nissan Titan starts out at just above $30,000 for a two-wheel-drive King Cab. Choose the Crew Cab with four-wheel drive and all the bells and whistles, and that price climbs to nearly $48,000.

The Nissan Titan is available at all 7 Mossy Nissan locations in San Diego. Find yours today! 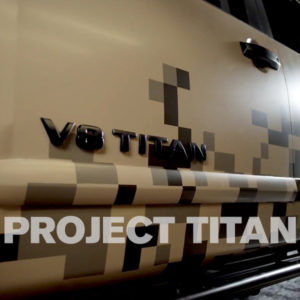 NASHVILLE, Tenn. – Nissan has created the world's first crowd-sourced Titan by handing over the build to their Facebook fans. Watch as the Titan continues its custom transformation into the ultimate off-road machine that will take two heroic Wounded Warrior Alumni across the rugged Alaskan terrain. Check out phase 3, where we fit the Titan with new hardcore wheels, LED lights, and wrap the exterior in a bold, military inspired, custom digital camo print.

Follow this story to track how rugged the Nissan Titan really is!

Looking for a Nissan Titan? Mossy Nissan has Titan’s available at all 7 locations in San Diego. Find yours today!

In the market for a new truck? AutoMedia.com ranks the Nissan Titan & Frontier Top 10 Trucks to Buy in 2014! 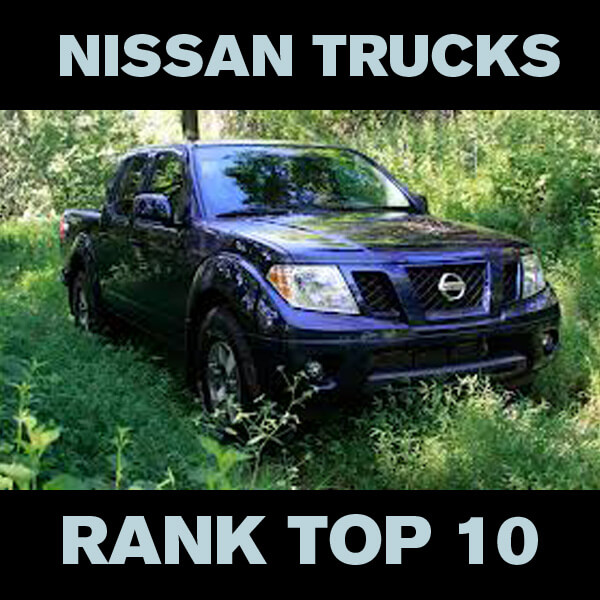 2014 Nissan Frontier Pro4X: One of the most versatile trucks on the market gets even more versatile in the 2014 Nissan Frontier Pro4X trim, which pumps up the standard 4.0L V6 engine to 261 horsepower and 281 lb.-ft of torque, and throws in Bilstein shocks, plus a locking rear differential. So you know it can handle anything you throw at it – all from $29,840. A new bodykit and speed sensitive steering make the Frontier Pro4X the most athletic compact truck on the market. We can’t wait to see performance versions of the Chevrolet Colorado that could compete, but for right now, nothing is messing with the Frontier Pro4X in its weight class.
2014 Nissan Titan: The one we really want is the 2015 Nissan Titan with the new design and 5.0L Cummins diesel V8, but in the meantime, the 2014 Titan is still a worthy entry into the full-size pickup market. Pricewise, the Titan slots in between the cheaper Tundra and more expensive Silverado, at $30,265 starting point, and has them both beat when it comes to handling. Only a 5.6L V8 engine is available, with 317 horsepower and 385 lb.-ft of torque, and that may be holding the Titan back with its unimpressive 13/18 MPG rating. The interior could use a refresh and there aren't many standard features, but if performance and capability are strictly your game then the 2014 Titan isn’t a bad choice at all. We just assume that the 2015 version will make a lot more sense to most truck-lovers, and their wallets.
CREDIT: http://nssn.co/Vp3acI
Read More
CATEGORIES »
Fleet , Just for Fun , News , Testimonials ,
TAGS »
nissan frontier , nissan san diego , nissan titan , Nissan Trucks , Top Trucks to Buy in 2014 , 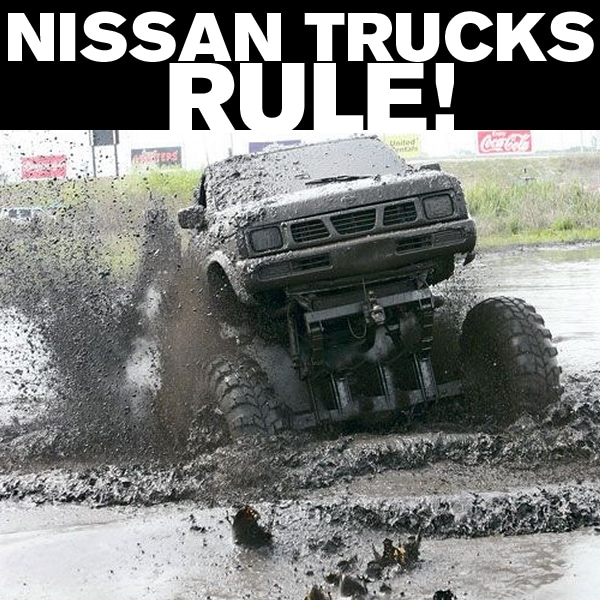 How do you use your NISSAN TRUCK?
Share your photos with us on social media!
Here are some fun pictures courtesy of TitanTalk.com! 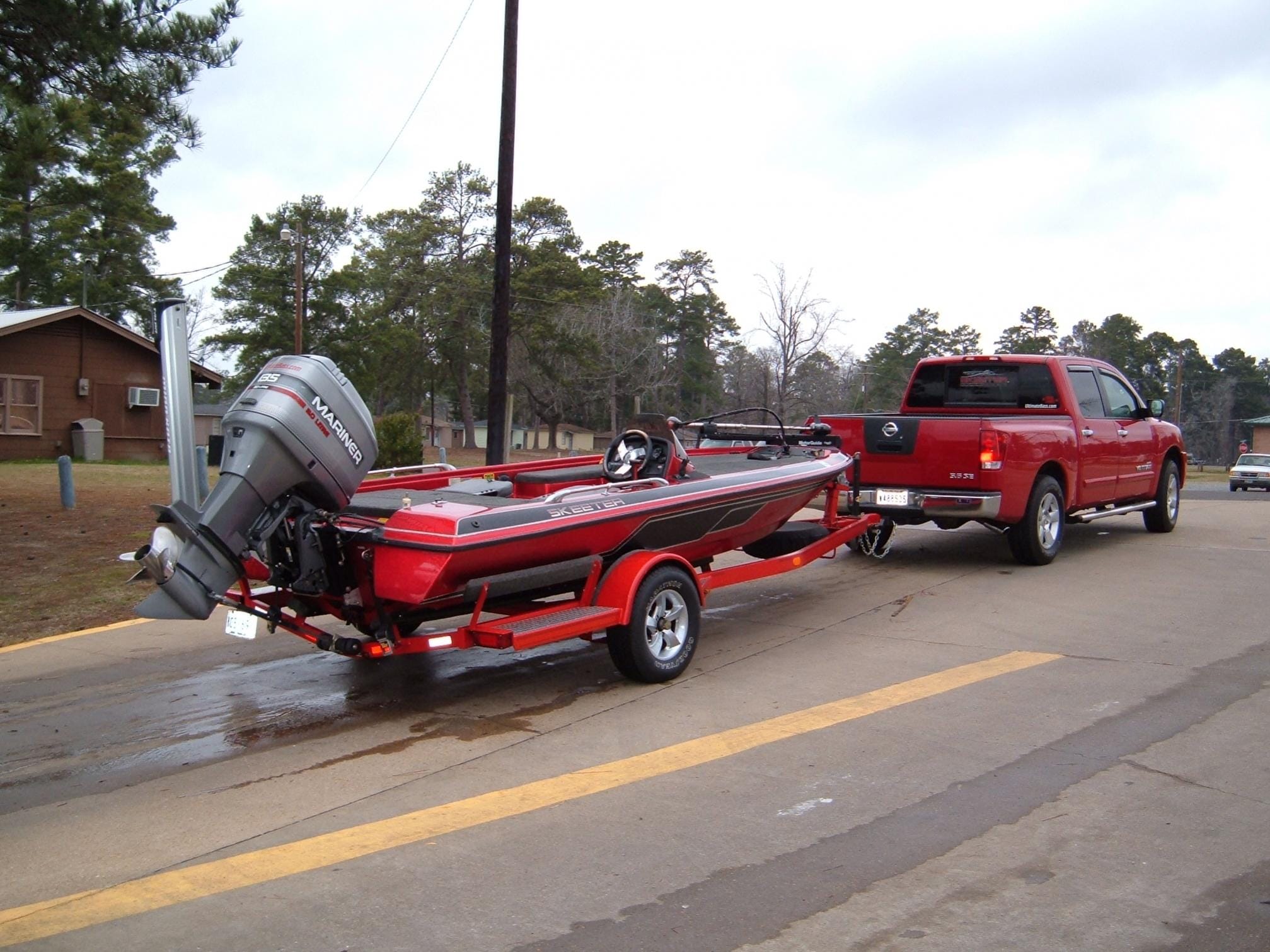 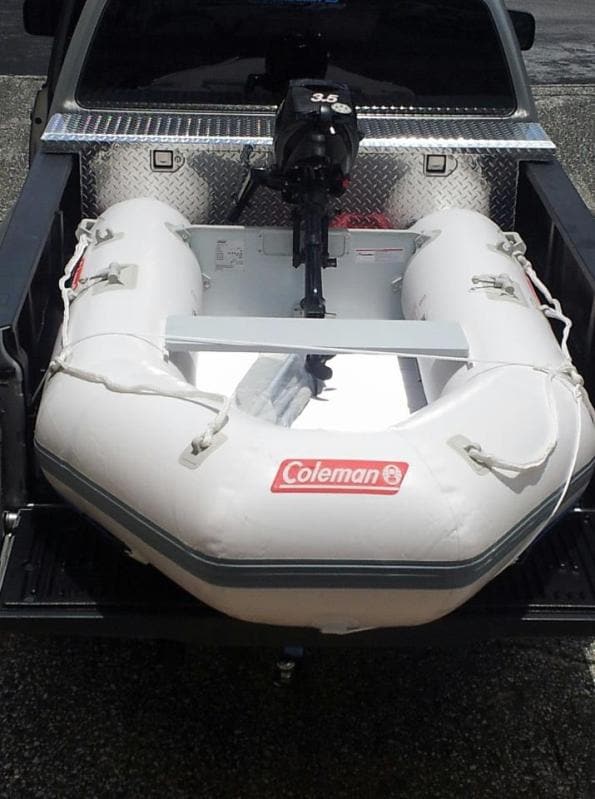 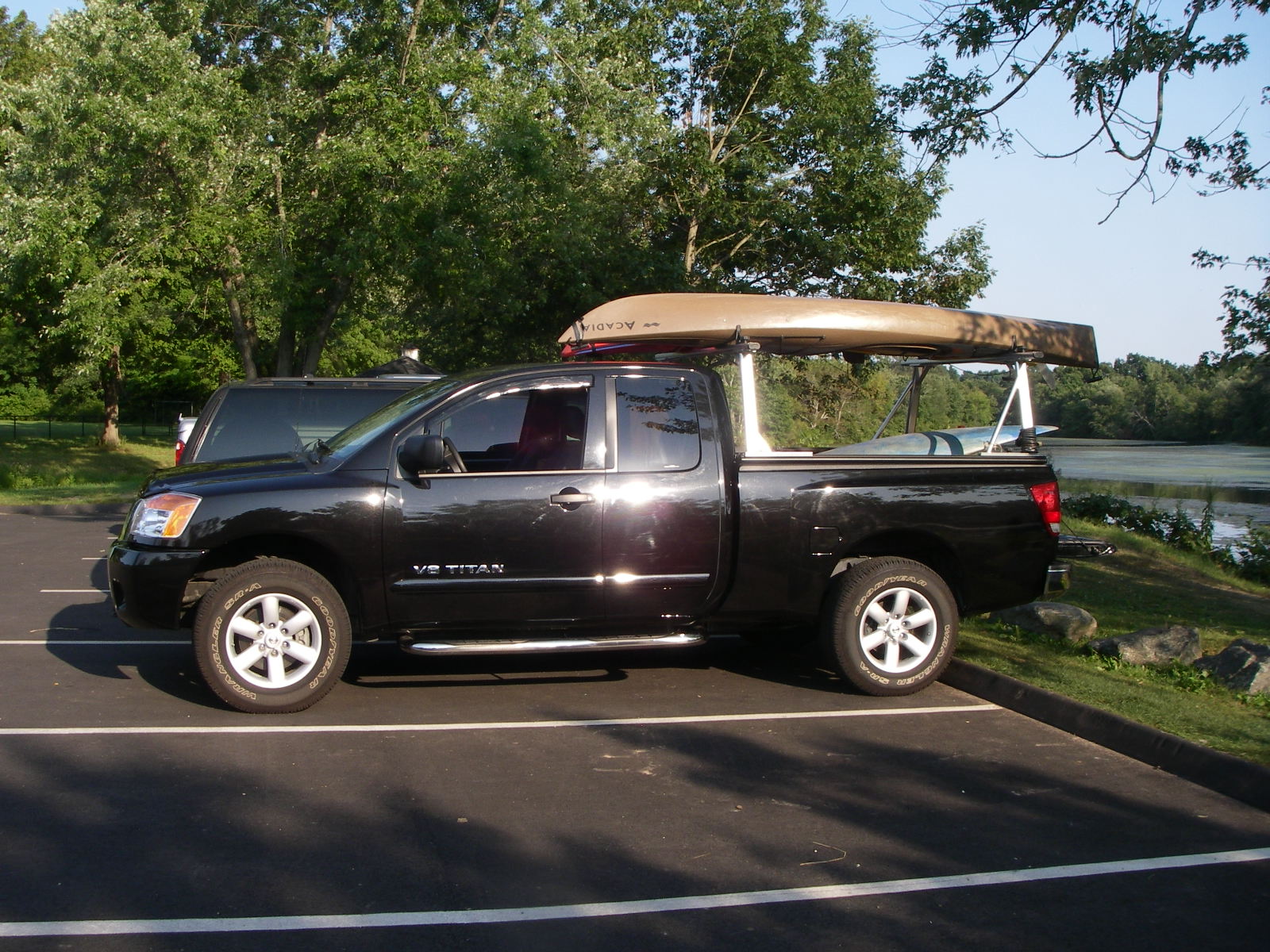 Check out these totally tricked out Nissan Frontiers and Titans! Lowered, jacked-up or factory stock, Nissan trucks are tough and reliable! 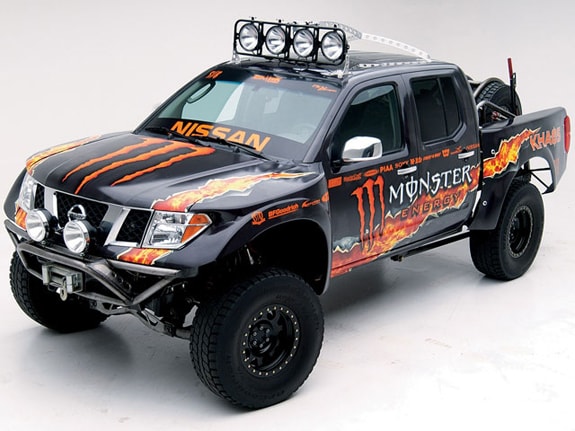 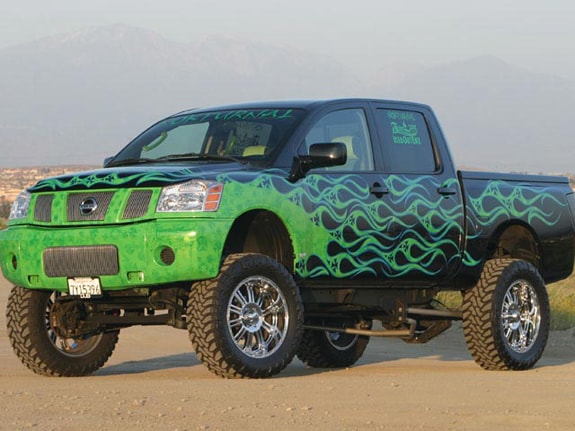 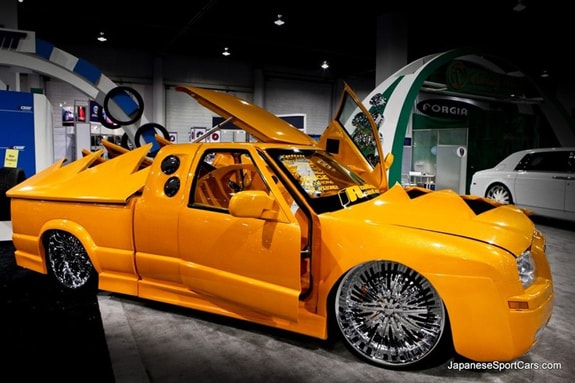