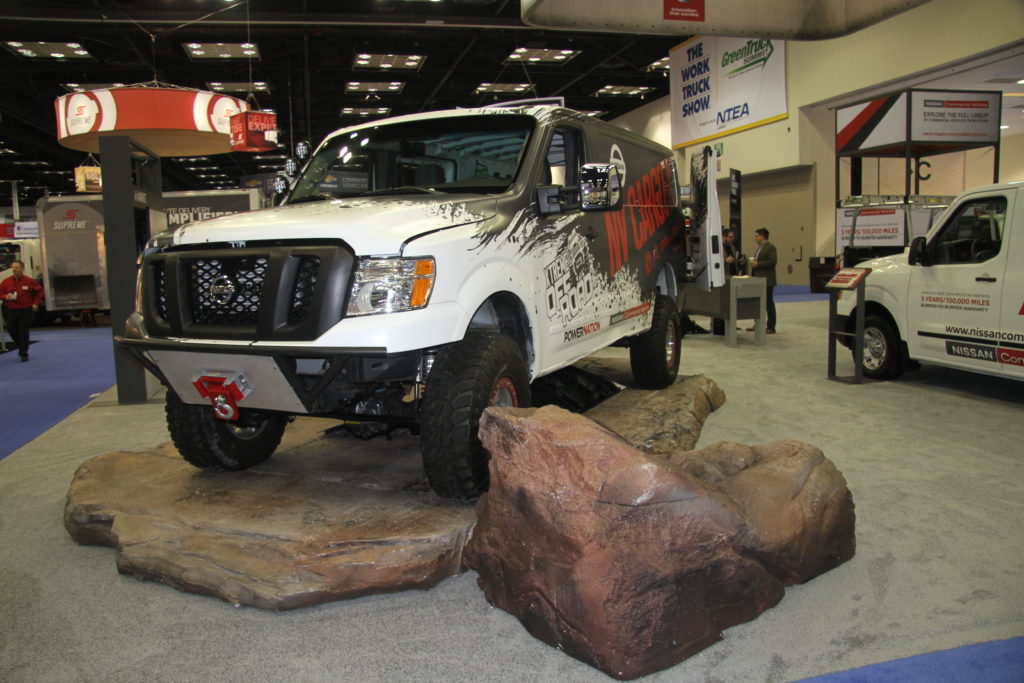 With the final major piece of the Nissan TITAN lineup in place, Nissan is hit the road to The Work Truck Show – the largest work truck event in North America – like never before. From March 15 to 17 at the Indiana Convention Center in Indianapolis, an assortment of specially outfitted NV Cargo vans and TITAN XD pickup trucks highlighted the strength and versatility of the new full lineup of Nissan commercial vehicles.

As one of the top 100 trade shows in the U.S., The Work Truck Show is produced annually by NTEA – The Association for the Work Truck Industry – and brings together more than 11,000 truck equipment distributors, truck dealers and fleet managers from around the world.

"Featuring the TITAN XD Diesel, TITAN XD Gas and TITAN half-ton pickup trucks, and a full lineup of NV Cargo vans, Nissan is now a one-stop shop for commercial consumers," said Tiago Castro, director, Light Commercial Vehicles Sales & Marketing, Nissan North America, Inc. "With our commercial vehicle lineup complete – and each vehicle featuring the industry's best1 5-year/100,000-mile bumper-to-bumper warranty – Nissan is fully engaged in the commercial vehicle space. We are excited to showcase the strength and versatility of our lineup – and there was no better place than The Work Truck Show to do it."

Among the vehicles featured were a trio of specially outfitted Nissan NV Cargo vans, including the recently debuted project NV Cargo X, along with a pair of 2017 TITAN XD Diesel work trucks – including a TITAN XD Diesel S Single Cab with plow attachment.