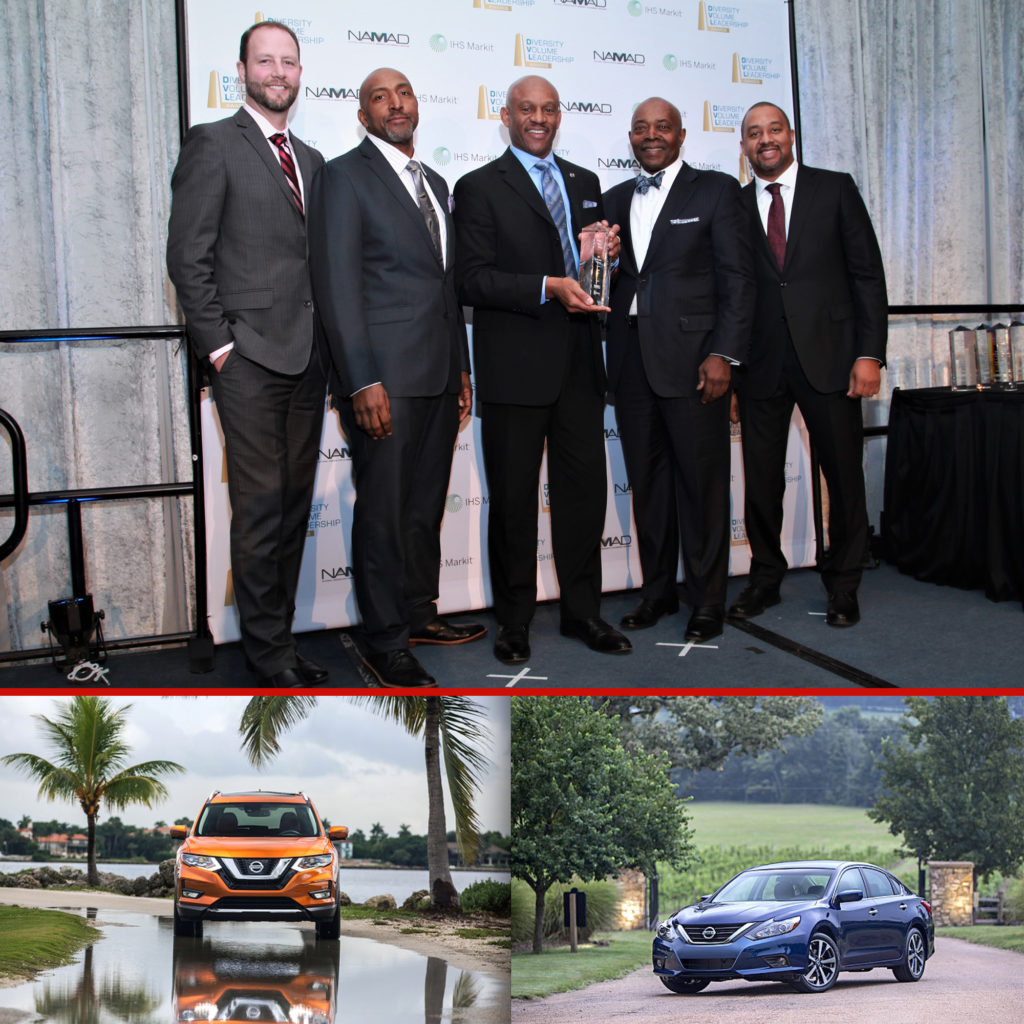 DETROIT – The Nissan Altima and the Nissan Rogue each earned top-honors from the National Association of Minority Automotive Dealers (NAMAD). The Altima is recognized as the top-selling vehicle among African American consumers in 2016. The Rogue earned distinction in two categories, Volume Growth Leader in both the African American and Hispanic/Latino segments. Nissan was recognized for these accomplishments during NAMAD's Diversity Volume Leadership Awards ceremony on Jan. 8 at Detroit's Cobo Center just prior to the kickoff of the North American International Auto Show.

Annually, NAMAD partners with IHS Automotive, part of IHS Inc. and a leading source of critical information and insights to the global automotive industry, to identify the automotive brands driving sales with multicultural consumers.

"Nissan is thrilled to take receipt of these prestigious awards, which recognize the appeal of Nissan vehicles among consumers of diverse backgrounds," says Jeffrey Webster, director, Diversity and Inclusion, Nissan North America, Inc. "With the most diverse consumer base of any automotive manufacturer, almost 40 percent and growing, we understand the importance of continually collecting feedback that helps us to design and build vehicles that appeal to all customers. This honor acknowledges our success in that endeavor."

A premiere industry event, the Diversity Volume Leadership Awards are the only of their kind focused solely on multicultural automotive buyers. To be nominated in the various award categories, OEMs must have demonstrated the highest new-vehicle registrations as self-reported among ethnic, female, and millennial consumers. IHS data is used to determine nominees based on 2016 model (October 2015 through September 2016) data. This year's award recipients were identified based on analysis of more than 13 million personal new-vehicle registrations.