Check out the 2015 Nissan Juke review by Steven J. Ewing

Quirky, unique, one-of-a-kind. It's everything you love about Nissan's funky little crossover. Check out how the 2015 Nissan Juke has "upped its funk factor" according to a review by Steven J. Ewing of Autoblog... 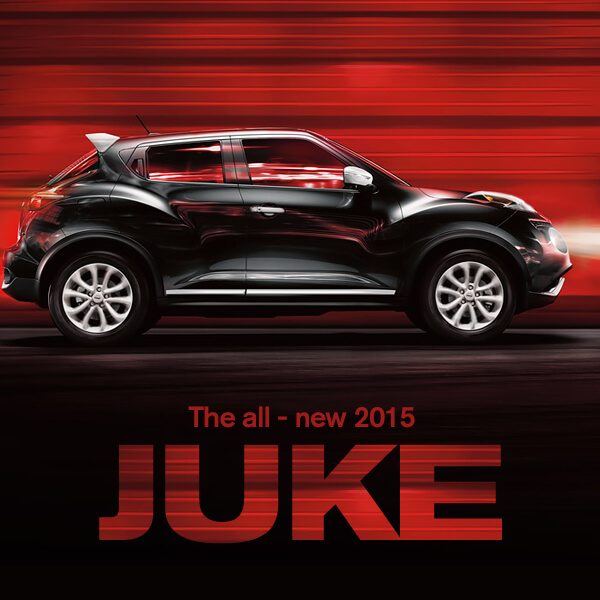 "I didn't always like the Nissan Juke. When it launched in 2010, I just couldn't get over the way it looked - it came across as super weird, and kind of hideous at first blush. But I slowly warmed up to the funky little crossover/hatchback/thing, and after spending some time behind the wheel, I really learned to love Nissan's small wonder. It's a genuine hoot to drive, offering hot hatch-like thrills in a package that doesn't look like anything else on the road. The Nismo and RS models that followed only increased my ardor for the turbocharged Juke, and now, I find myself smiling whenever I see one of these little guys bombing down the road.

Going into 2015, Nissan hasn't really made major changes, but there are a host of smaller improvements on hand to make it a more well-rounded vehicle than ever before. And to up the funk factor for the new year, there are a slew of customization options now available to customers through the Juke Color Studio - for better or worse.

Following my first drive of the third-generation Nissan Murano in Napa Valley, I took the refreshed Juke for a spin to see if the 2015 model year improvements still make for a car that's good to drive and easy to use, while bursting with the same personality that slowly won me over in the first place.

Nissan's pricing for the 2015 Juke remains competitive, with the front-wheel-drive S starting at $20,250, not including $825 for destination. This represents an increase of $1,080 versus the 2014 model (the destination charge has increased by $15, too), but Nissan points out that the '15 Juke comes standard with a lot more kit, including a backup camera, Intelligent Key with pushbutton start, Bluetooth and more. Given its tiny size, the Juke has never felt inexpensive, but the price increase for such popular equipment seems fair to me, and with the new customization options on deck for 2015, it feels like Nissan's funky hatch is getting even more so - and judging by the model's continued strong sales, that's no bad thing.