Do you know high performance? The Nissan 370Z NISMO does! 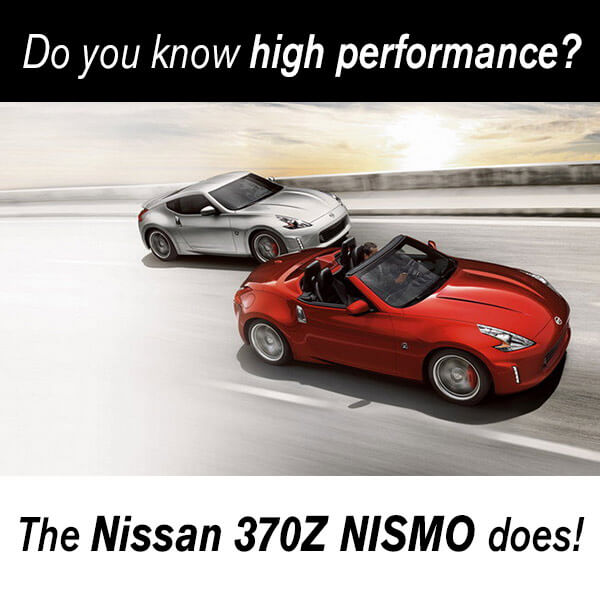 It isn't as hardcore as a Nissan GT-R , but it certainly is very sporty. The Nissan Z-cars have been around for a long time and the 2015 370Z is the latest iteration of a long line of Z-cars that have come and gone.

Last year, Nissan updated the 370Z Roadster with new features like daytime running lights, an updated front fascia without compromising on the looks. The coupe has nice high shoulder and confident looks. Chopping off the roof hasn't ruined the handsome exterior of the 370Z either.

For 2015, the Nissan 370Z Roadster employs a 3.7-liter V-6 naturally aspirated engine with 332 horsepower on tap. The engine is capable of churning out 270 pound-feet of torque @ 5200 rpm. For driving enthusiasts, Nissan offers a 6-speed manual gearbox which comes with Nissan's SynchroRev Match system, while a 7-speed automatic with paddle-shift is also on the list.

The 2014 370Z is capable of delivering similar performance as the 2013 model. Combined fuel economy figures released by Nissan confirm that the 2014 model is rated at 20 mpg and 21 mpg for manual and automatic version respec

This lil roadster is built to thrill! Check one out today at one of seven Mossy Nissan locations in San Diego.