Nissan Leaf takes on Tesla and Chevy Bolt by getting a 105-mile battery for 2016! 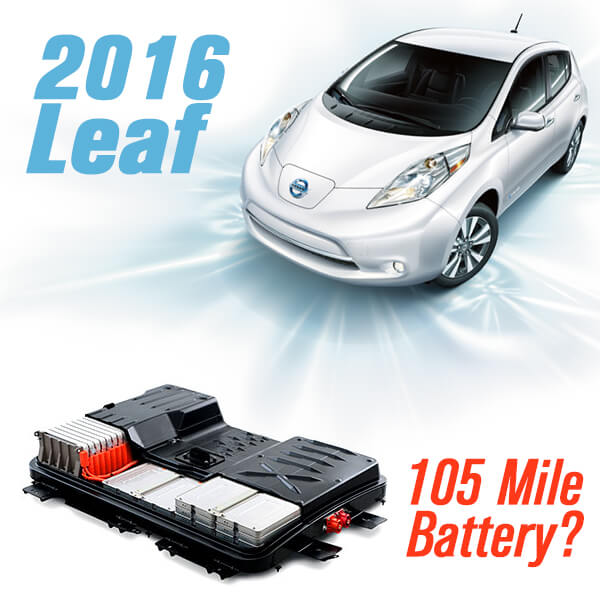 The report suggests the 25-percent boost in battery capacity will bring an equivalent jump in range, bringing the EPA-estimated driving distance up from 84 miles to 105-110 miles.

The company has remained silent on the subject, telling Autoblog that "we do not comment on future product details."

Facing increasing competition from newer segment rivals such as the Volkswagen e-Golf and Chevrolet Spark EV, Leaf sales were down by nearly 26 percent in April and 23 percent for the first four months of the year. Offering an upgraded battery is viewed as a way to fill the gap between the current model and the next-generation Leaf, which is not expected to arrive before the second half of 2017.

Despite the slowdown, Nissan hopes to nearly double sales in the US market to 50,000 units annually. The next-generation model is expected to effectively double driving range to more than 200 miles as it takes on even more competitors, including the Chevy Bolt and Tesla Model 3.

Nissan Leaf takes on Tesla and Chevy Bolt by getting a 105-mile battery for 2016! - Mossy Nissan El Cajon