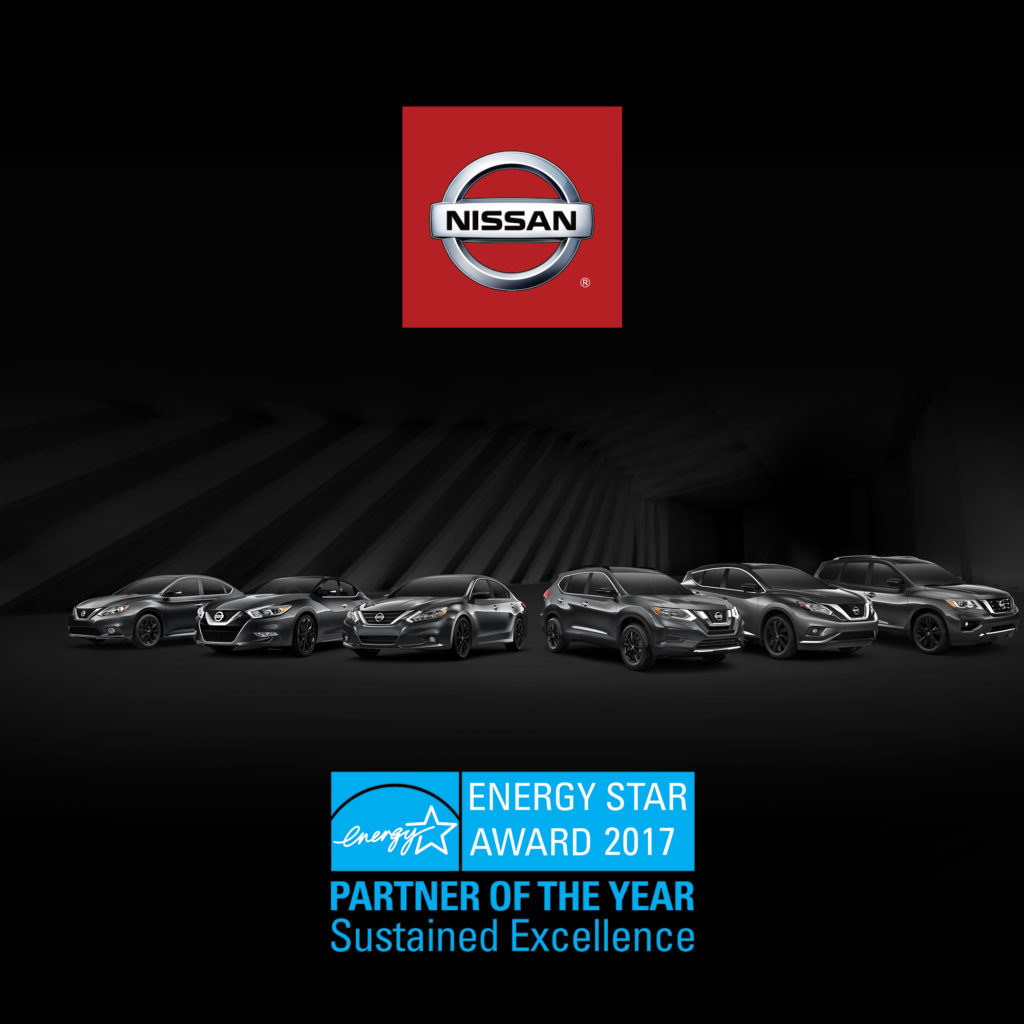 Nissan once again received the ENERGY STAR Partner of the Year – Sustained Excellence Award, the highest honor given to top organizations dedicated to protecting the environment by making their operations more energy efficient.

This marks the sixth consecutive year that Nissan has been recognized by the U.S. Environmental Protection Agency (EPA) for its continued commitment to reducing greenhouse gas emissions and improving energy management.

"Nissan remains committed to reducing our carbon footprint as we manufacture some of the highest quality vehicles sold in North America," said Rebecca Vest, vice president, Corporate Development and Social Responsibility. "We are honored to be recognized once again with the ENERGY STAR Partner of the Year – Sustained Excellence Award."

Nissan manufacturing operations in the U.S. include the Nissan Vehicle Assembly Plant in Smyrna, Tennessee, which assembled more vehicles than any other automotive plant in North America in 2016. This facility and Nissan's plant in Canton, Mississippi, also were recently awarded the ENERGY STAR Certification for the eleventh year in a row, signifying Nissan's spot among the top 25 percent of the automotive manufacturing industry for superior energy management.

The 2017 Partner of the Year – Sustained Excellence Awards are bestowed upon a diverse set of organizations that have demonstrated continued leadership in energy efficiency. Winners range from small, family-owned businesses to Fortune 500 organizations – representing energy-efficient products, services, new homes, and buildings in the commercial, industrial and public sectors. Nissan's accomplishments will be recognized by the U.S. Environmental Protection Agency and the U.S. Department of Energy in Washington, D.C. on April 26, 2017.