Nissan presents Gold GT-R to Usain Bolt.Auctions off another GOLD GT-R for for BOLT's charity!

Six-time Olympic gold medal-winner Usain Bolt has taken delivery of his special-edition Gold Nissan GT-R. The custom 2014 GT-R is one of only two gold GT-Rs built, with the other raising $187,100 for Bolt's charity when it was auctioned in 2012.

Nissan presented the special GT-R to Bolt at his training facility in Jamaica over the weekend. The athlete personally selected the car's white interior and hyper titanium-finished forged Rays alloy wheels, and Nissan engineers used data from a test drive to customize the GT-R to Bolt's driving style. Bolt's GT-R also gets the same engine and chassis tweaks found on the 2014 model, along with an exclusive "Spec Bolt" emblem to finishing off its unique look. 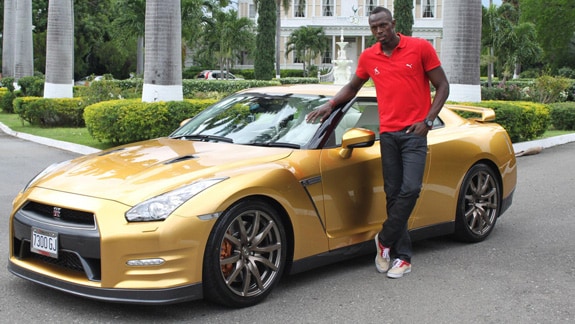 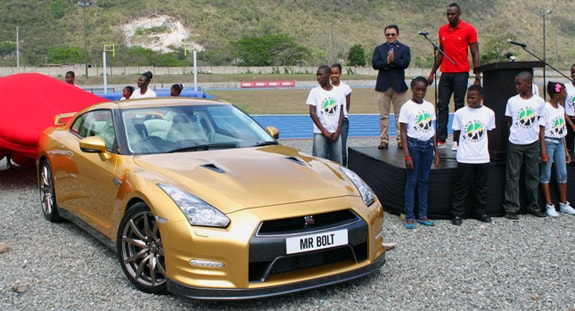 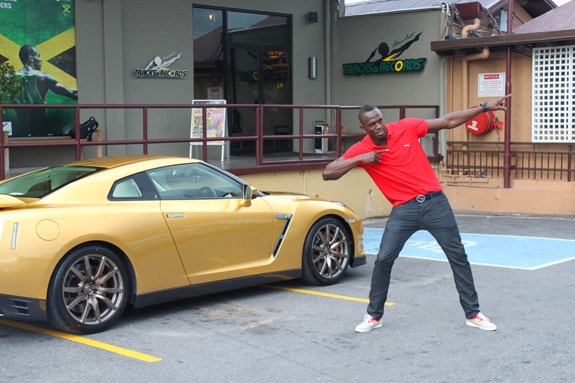 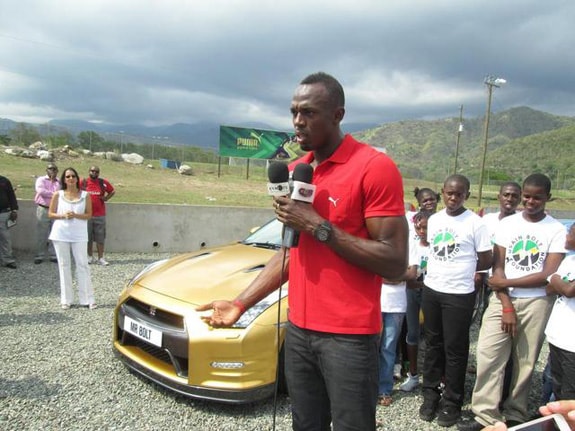 >Looking for a speedy Nissan to get you over the finish line? Check out our huge San Diego Nissan inventory here!