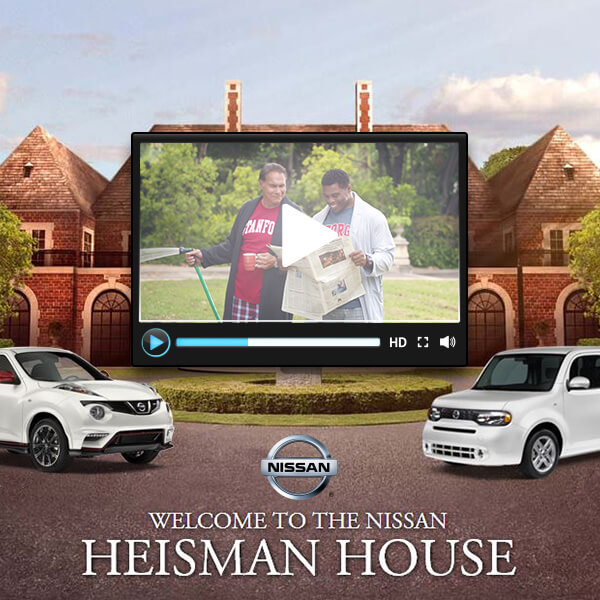 Just in time for kickoff of the 2015 college football season, ESPN and Nissan are bringing back The Nissan Heisman House, giving fans a glimpse of what it might be like if the winners of football's highest individual honor – the Heisman Trophy – lived together under one roof.

Now in its fifth year, the Nissan Heisman House campaign stars 15 Heisman Trophy winners in a series of TV spots airing on ESPN beginning September 3 and running throughout the season. There is a robust social element to the campaign this year, with a wide variety of unique content featuring the Heisman winners that will be pushed out throughout the season, all of it tailored to specific high profile match-ups and other moments relevant to college football fans.

See all the videos from the 2015 Nissan Heisman House campaign here:

Read the complete press release about Nissan's support of the Heisman House here.