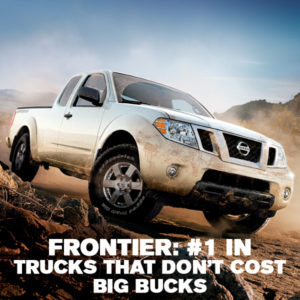 2014 Nissan Frontier and Titan among Edmunds.com’s “Top 9 Most Fuel-Efficient Trucks for 2014”

2014 Nissan Frontier and Titan among Edmunds.com's "Top 9 Most Fuel-Efficient Trucks for 2014" 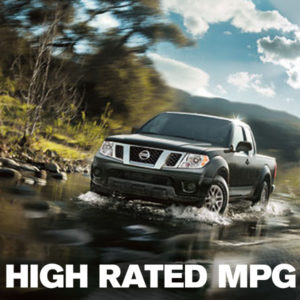 NASHVILLE, Tenn. - Already known for its fuel-efficient sedans and SUVs, Nissan is keeping fuel efficiency a priority as gas prices remain high. Edmunds.com named the 2014 Nissan Frontier and the 2014 Nissan Titan among its "Top 9 Most Fuel Efficient Trucks for 2014." The Frontier tied for second with 21 mpg combined highway/city fuel economy, while the Titan finished ninth with 15 mpg combined highway/city fuel economy.

"People have associated pickup trucks with low gas mileage for many years, but we’re defeating that stereotype," said Dan Mohnke, vice president, Nissan Chief Marketing Manager & Marketing Operations. "We've worked hard to produce pickups that not only provide excellent towing capability and ample cargo space, but also impressive fuel efficiency. This recognition by Edmunds validates our efforts to make fuel efficiency a priority across all platforms, from sedans to pickups."
The popular 2014 Nissan Frontier, which sold over 60,000 units in 2013, continues to be a leader in the mid-size truck segment, combining premium hardware and ample power. Frontier also offers an exceptional level of on- and off-road performance from either a 261 horsepower 4.0-liter DOHC V6 engine or an economical 152 horsepower 2.5-liter inline 4-cylinder - which delivers 23 mpg highway. The 2014 Frontier is offered in both King Cab and Crew Cab body styles and in 4x2 and 4x4.
The powerful, full-size 2014 Nissan Titan offers a unique combination of style, innovation and excellent value – including a range of body, bed and drivetrain configurations designed to fit a variety of buyer needs from a durable business tool to a versatile family adventurer. Titan is offered in King Cab and Crew Cab body styles with a choice of 4x4 and 4x2 d, along with two wheelbases and three bed lengths.
Every Titan comes equipped with a powerful 5.6-liter DOHC Endurance V8 rated at 317 horsepower and 385 lb-ft of torque and a maximum towing capacity of up to 9,500 pounds (when properly equipped).
Looking to buy a Nissan Frontier or Nissan Titan? The 2014 Nissan Frontier and Titan are available at all 7 Mossy Nissan locations in San Diego.View our inventory now!
Credit: http://nissannews.com/en-US/nissan/usa/releases/2014-nissan-frontier-and-titan-among-edmunds-com-s-top-9-most-fuel-efficient-trucks-for
Read More
CATEGORIES »
Hot New Nissans , News , Testimonials ,
TAGS »
2014 Nissan Frontier , 2014 Nissan Titan , 2014 Top Fuel Efficient Trucks , Fuel Efficient Trucks , Nissan Frontier San Diego , Nissan Titan San Diego ,